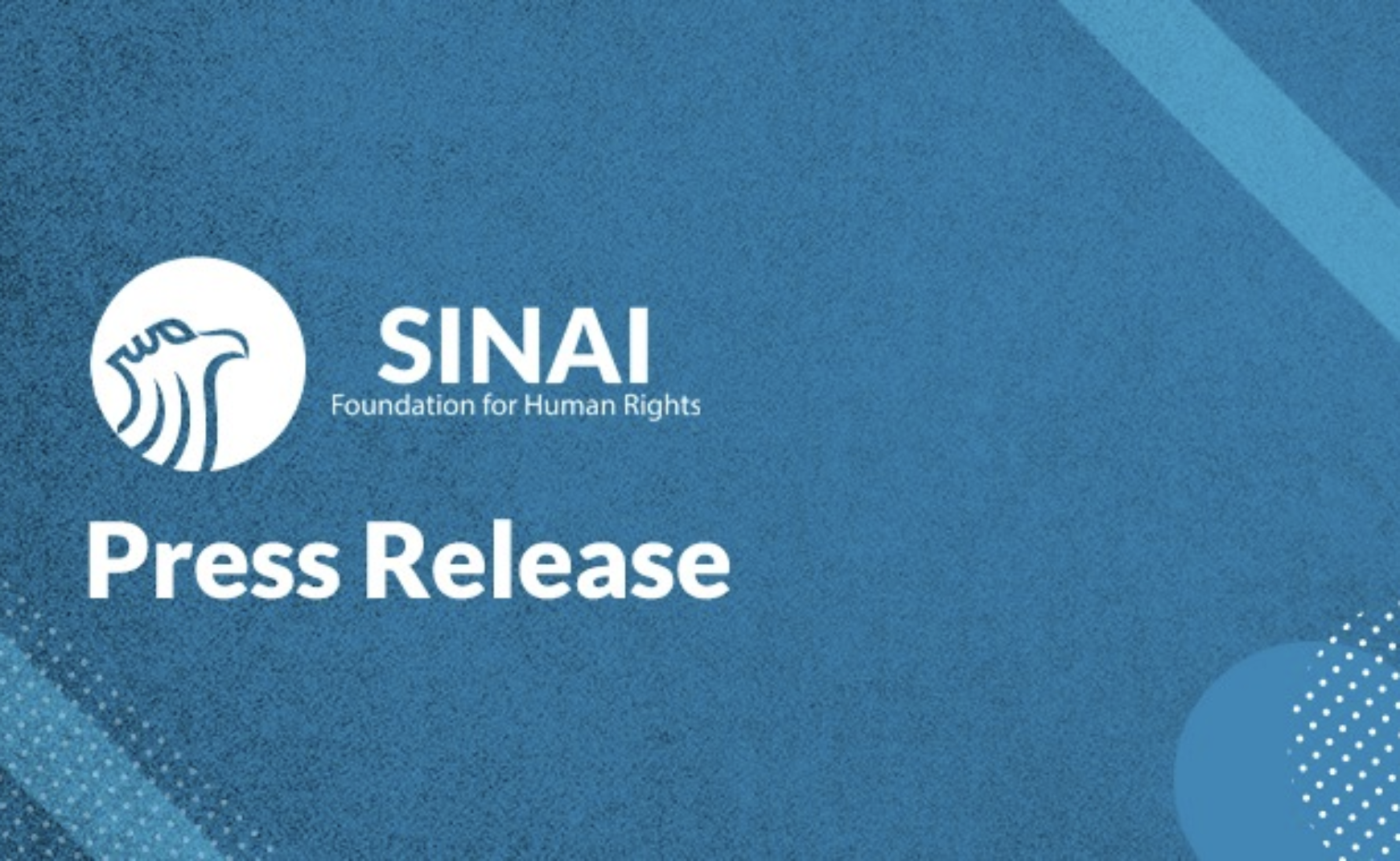 The Sinai Foundation for Human Rights stated today that a decree issued by the Egyptian President, Abdel Fattah al-Sisi, on 2 October 2021 is basically perpetuation of the state of emergency continuously imposed on North Sinai for the past seven years. The decree qualitatively differs from previous decrees extending the state of emergency in Sinai, as it seems to be the first implementation of article 53 of the anti-terrorism act that allows the president to take whatever extreme measures he sees fit for an extendable period of six months, regardless of whether a state of emergency is in action or not.

Decree number 442 for the year 2021 gives unprecedented power to the Minister of Defense, hence the officers operating on the ground, which technically takes away citizens’ basic rights through, for example, curfew, seizure of property, and blocking of means of communication and transportation. The decree allows the Ministry of Defense and its officers to make immediate decisions instead of these dangerous exceptional measures resulting from laws coming from the Minister of Defense or the President himself, which offers a form of oversight, even if just as a formality.

The official newspaper published the presidential decree in its 2 October issue, and the Egyptian Parliament approved the decree in the 4 October session with no modifications or discussion worth mentioning.
​​​​​​​Ahmed Salem, the director of the Sinai Foundation for Human Rights said:

President al-Sisi’s decree to give the Minister of Defense broad arbitrary power with no clear time limit is legalization and perpetuation of the state of emergency and the exceptional procedures in North Sinai, and it refutes any intention by the authorities to restore life to normal, even with the decrease of military operations. Everyone knows that North Sinai is a closed military area, but this decree gives the military the right to rule Sinai for life

The exceptional measures mentioned in the decree include the following:

The governor of North Sinai could also announce the suspension of schools.

Decree number 442 seems to be the first implementation of the abusive article 53 of the 2015 anti-terrorism law which states that the President “whenever there is danger of terrorist crime or subsequent environmental crises, could issue a decree to take suitable measures to maintain public safety and order” for a period of time that does not exceed 6 months, and is extendable with no time limit. The article states that said measures are to be presented to the Parliament in seven days.

The previous decisions to extent the curfew in North Sinai were made according to the Emergency Law every three months, and used almost the same text each time, but at least it stated the termination of the curfew in case the state of emergency was terminated with no extension. According to the constitution, a state of emergency can not be declared for longer than three months with a possibility of extension. However, President al-Sisi’s decree number 44 in no way connects the exceptional measures to the declaration of the state of emergency, the Emergency Law is not even mentioned in the preamble to the decree.

The Egyptian anti-terrorism law and the Emergency Law violate several basic rights and assurances. Egypt is a party to the International Covenant on Civil and Political Rights, which obligates governments to ensure every individual’s right to freedom and personal security. The International Covenant states: “No one shall be subjected to arbitrary arrest or detention. No one shall be deprived of his liberty except on such grounds and in accordance with such procedure as are established by law”. Egypt is legally obligated to ensure that: “No one shall be subjected to arbitrary or unlawful interference with his privacy, family, home or correspondence”.

The International Law also requires that if governments are to impose any exceptional procedures, that they are appropriate to the danger, justified, and limited to a certain time and geographical limit that can not be expanded or renewed with no clear reasons. All decrees are also to be under independent judicial supervision.

The Sinai Foundation for Human Rights stated that decree number 442, instead of violating standards and disciplines declared in international treaties, signed on by Egypt, regarding the declaration of a state of emergency and exceptional measures, it is a decree marred by clear suspicion of unconstitutionality. As article 53 gives the President the sole right to take such measures as well as specifying their location and timeframe and does not state the possibility of delegating this dangerous power to any other government official, unlike the Emergency Law of the year 1954, which stated in article 17 that the President can delegate some of his authorities presented in the law to a representative. ​​​​​​​​​​​​​​

Salem said: “President al-Sisi’s decree is characterized by severe authoritarian measures that undermine basic rights. It clearly states that Sinai’s status as a large security camp has become a reality unlikely to change, even if security conditions improved. 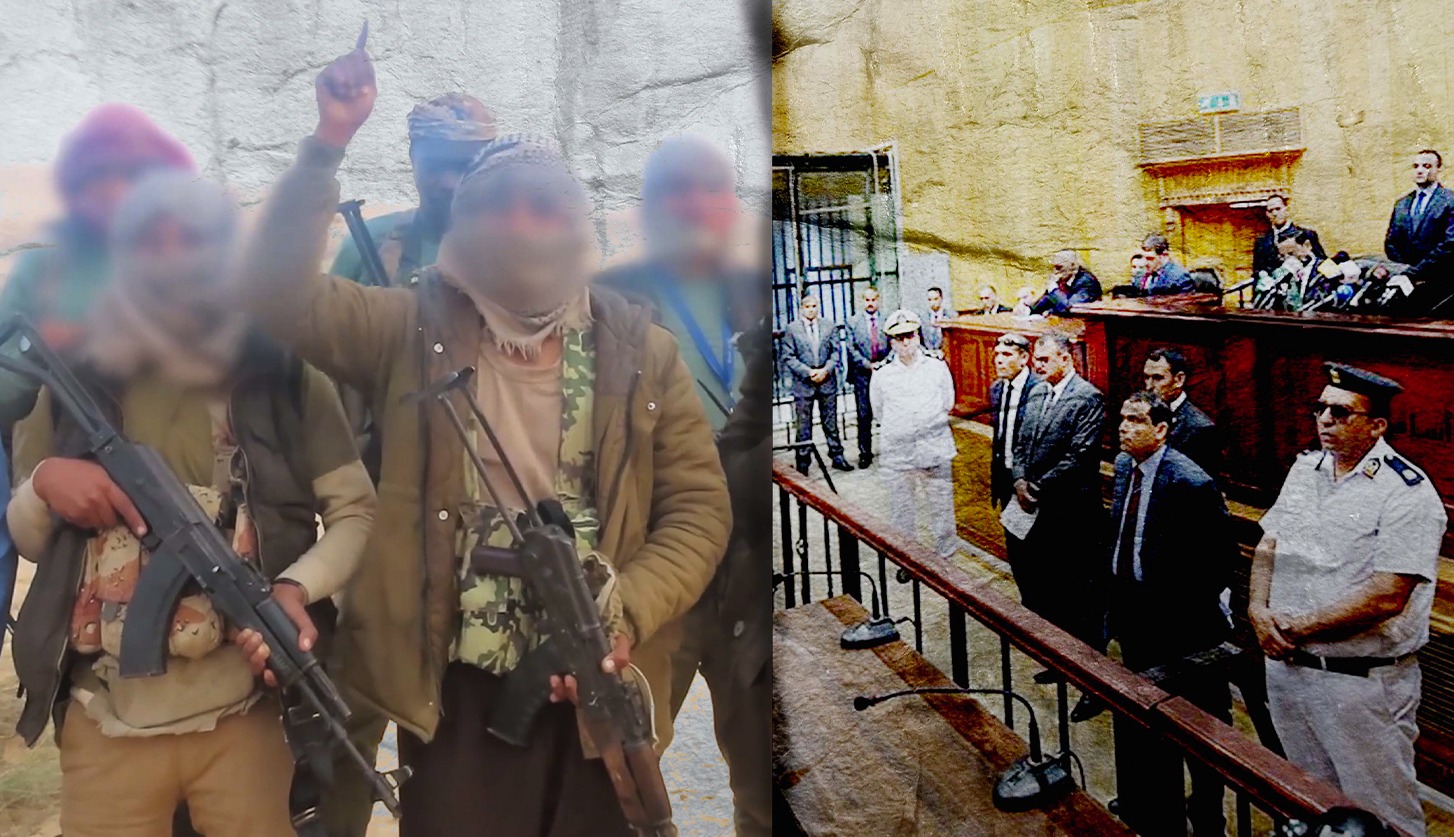 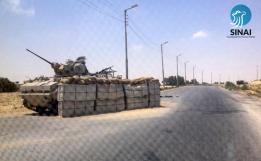